Last Sunday was John's birthday. Why he has to have a birthday three days after Christmas I don't know - wouldn't you think that his parents could have stopped in mid - er - conception and spared him all those years of not getting proper presents ("We've bought you an Extra Large Christmas Pressie this year, dear"), not to mention spared me the vexed question of how to celebrate this year's Big One? Well, yes, they could have, but they didn't. Mean, eh?

We don't usually bother very much with birthdays, it has to be said - best not to notice the years rolling by - but this was one of those milestone birthdays that you really can't ignore. So a short sharp surprise trip was in order. In typical Libran fashion I ummed and aaahed for several weeks trying to decide where to go, but in the end three things made the decision for me: mussels, flamingos and sheer desperation. So it was off to the Aude coast and the villages of Bages and Peyriac sur Mer, two of the most atmospheric (and photogenic) places I know. 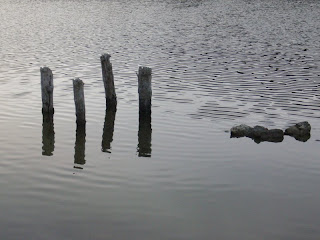 Yes, this is the same Languedoc coast that was developed into resortland in the 1960s when the government decided that the working classes should be able to afford to go to the beach too - though not, heaven forfend, to the Côte d'Azur where they went themselves. So they sprayed the beaches to get rid of the mosquitos (as they still do every year, though it doesn't work), created a number of purpose-built resorts for the mass market ... and the mass market duly came, and still comes, in ever-increasing droves. Don't get me wrong, it's not as gross as it sounds - we even go there ourselves (!) ... some of the beaches are more reminiscent of Australia than France, many of the resorts have been decently laid out with lots of space and greenery, and it is more egalitarian and, I think, more welcoming than the celebrity sands of the Côte d'Azur. And here and there you can still find pockets that remain much as they have been for centuries, like the snappily titled Parc Naturel Régional de la Narbonnaise en Méditerranée, of which Bages and Peyriac form a part. 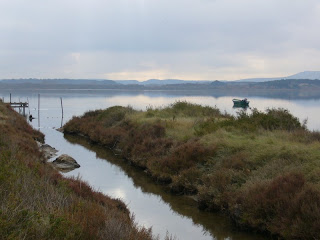 Both villages are right on the edge of saltwater lagoons, which means that the light is just dreamy, and the bird life fantastic. 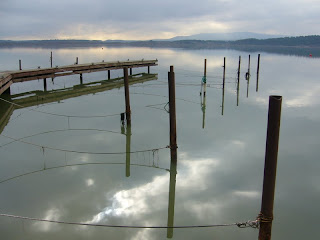 I poddled round with my camera, getting seriously stuck in the mud at one point, although it was worth it to get shots like these: 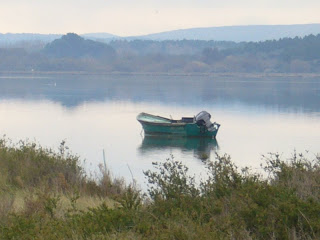 And of course we saw these: 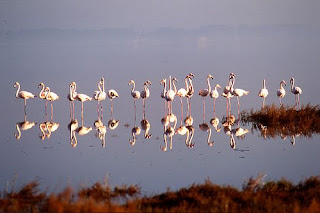 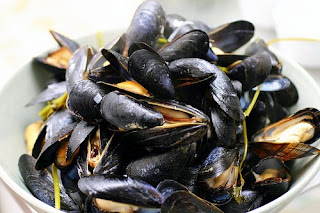 What more could you want? Well, actually, some decent weather would have been nice: we drove there through blizzards and howling gales which were the subject of an Alerte Orange (severe weather warning), and although the snow melted fast the skies remained resolutely grey and menacing until Monday, when they opened and promptly dropped several centimetres of rain in a few hours. When we got home, we discovered that it had been warm and sunny here in Ariège all the time ... so much for the bloody Med.
Posted by Kalba Meadows at 17:35

Just discovered your blog and I love it. I've started at the beginning and am making my way to the present day. Keep up the excellent work!
Kellie Tayer
Shaker Heights, Ohio, USa

Have you considered putting your blog posts into book form? You would be an instant bestseller--I have no doubt! I would love to know when you're up and running as I would love to be a guest at your place!
Kellie Tayer
Shaker heights, Ohio, USA

Hello and welcome to the blog, Kellie - thanks for visiting. We're getting closer ... so watch this space as blog readers will be the first to know!